On a recent trip to Asia which included Hong Kong, Singapore, Tokyo and Kyoto Japan I learned a few new things. The USA needs to take a lesson from these “emerging markets”.

I had back surgery in the early part of September and vacillated back and forth about whether to cancel my two week trip long planned to Asia. Although my recovery seemed a bit slow I decided to stick with my original plan and take the tour.

The flight there is pretty brutal, especially having recently had surgery. It runs between 12 and 14 hours and "Economy Plus" on Delta's ancient 747's from MSP is a bit of a joke. Do yourself a favor, spend the extra cash to upgrade if you can swing it (and those with status, don't count on a free upgrade. I'm platinum and they wouldn't even consider it without a $5,000 up-charge). On the other hand, I was able to order wheelchairs all the way through. Talk about getting the princess treatment! Special people assigned to carry your luggage, send you through a private gate for customs, send you to the head of the line and wheel you across long distances to get you on your next flight. That part rocked! There are a few nice parts to traveling after surgery I guess. 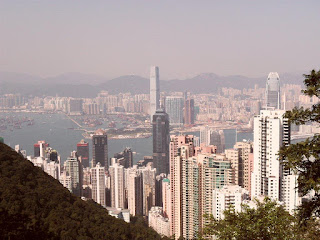 With only two nights to check things out I barely scratched the surface of this hopping city. I took a look at a few hotels including the famed historic Peninsula hotel. I also saw the Shangri La, the Hyatt, the Meridian and a few others. The Hyatt stood out as a really nice property for a significant group and their sister property in Macau was lovely. The Hyatt brand was consistently nice throughout Asia. The sales teams were sprinkled with US or British folks who really could communicate well with planners, and that really does make a difference. We checked out some other splendid venues including the markets, the floating restaurant, and the peak.

In general, I was not impressed with Macau. Had it not been for my “wheelchair” needs I would have been stuck in customs for over an hour just to get in from the ferry boat. The Portuguese egg tarts and restaurant were the highlights of my visit. It felt as the the hotels were attempting to rival Las Vegas but didn't really come close. The Galaxy was really cheesy and the Venetian, well, looks just like the one in Vegas. Although I see this as a good option for travelers in Asia who don’t wish to take the long trek to Vegas, Americans need not make the trip if it is high quality gambling casinos and event space they seek!

Next on the agenda was Singapore, which is a very modern and CLEAN city. It is even illegal to sell gum there! This is an excellent venue for convention business - especially large groups - as there is a good deal of hotel and conference space and some excellent DMC’s. The city is extremely safe and this is very important for convention goers. Our DMC, Pacific World, was fabulous and I would highly recommend them. I got a bug while I was there and one of our DMC’s mothered me like my own – stopping to buy me meds and giving me the eastern medicine of her ancestry. I called her Mama Gina! I think the bug came from the local market as my traveling companion seemed to get it also. We spent Saturday night downing Alka Seltzer cocktails rather than out on the town which was the initial plan. The break was probably just what we needed anyway! 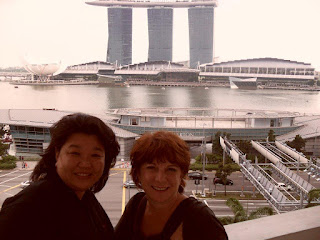 While in Singapore, we were able to check out the Conrad Hilton, The Marina Bay Sands, the Shangri La, the famed Raffles and Fullerton hotels. All had their advantages and disadvantages depending on what you are going for (incentives vs conventions, etc). The Raffles is charming and, of course, one must go to the bar to have the original Singapore Sling. It is where it was invented! The story goes, the bartender was trying to get rid of a patron one night and concocted it for her in hopes she would not like it – instead she adored it and it caught on like wildfire. Too funny! 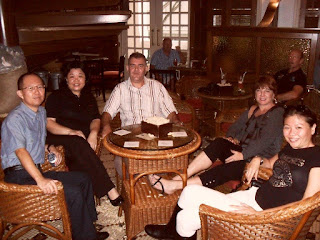 Having Singapore slings at Raffles in Singapore with Pacific World DMC

There are a number of sites one should see while in Singapore. Without a doubt, my personal favorite was the middle eastern district with the Mosque and the nightlife and shopping. Little India is anything but little, and a trishaw ride is a must to go through this area! 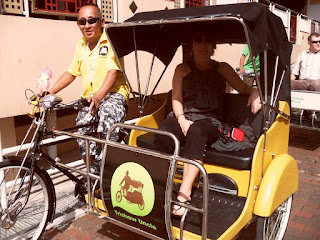 Do keep in mind if you are planning a conference in Singapore, it is not cheap at the moment, or at least it wasn't at the end of October. The US dollar to the Singapore dollar is fairly weak. Not as expensive as Europe to be sure but not exactly a bargain. Still, it is a great spot to keep in mind,

Next stop- Tokyo! This was an interesting visit. First, one should know that private transportation to/from the airport is extremely costly – somewhere in the neighborhood of $600 for a private car to take you into the city. The Limo buses are the only way to go coming in somewhere around $30 USD one-way with stops at major hotels. If you are bringing a group, keep in mind that it takes about 1.5 hours to get to the city from the airport.

We stayed at the Westin Tokyo, their flagship property, and you know why if you are fortunate enough to stay. The service is top notch! A few nights in Tokyo with a lovely dinner hosted by the CVB and delightful company, along with a tour gave us a pretty good feel for the city. 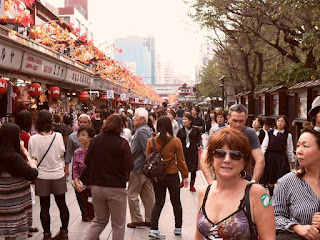 The Tokyo market. Don't ask me what's stuck to my shoulder, I don't know!

After two nights in Tokyo, we were off on the bullet train to Kyoto. The bullet train was amazingly smooth and comfortable, and if you get the seats (E & F side) you get a good look at Mount Fuji on your way down. Kyoto is one of those stealth cities that when you first see it you don’t necessarily “get it”. You need to stay in the city long enough to pick up on the amazing charm of the people and the city! In contrast to modern and sleek Singapore, Kyoto is historic and quaint. We were able to stay at a more traditional Japanese Hotel (the Acura) and then move over to the Hyatt which was a true pleasure. This is where I had my first ever Acupuncture treatment which proved to be the best relief I have had since the back surgery (I am now hooked!). We also took a look at the Westin there and had a fabulous sukiyaki dinner with the staff there (the Vueve Cliquot they treated us to certainly did not hurt either!). We visited a true Japanese style Royadan where guests sleep on the Tami mats and take meals in their rooms while sitting on the floor. Truly Japanese style! 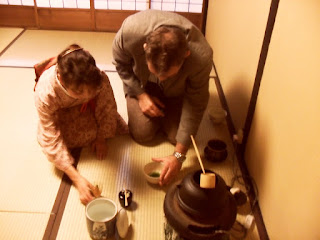 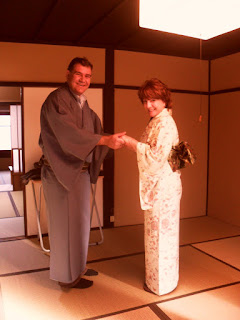 What do you think- should I start wearing kimonos?

We visited a number of the temples and other venues, along with a few traditional Japanese tea services, but truly it is the people of the city that really charm you! The city is so safe that the tourism director said he has left his wallet 3-4 times in a cab and always gets it back with the money still intact. The Japanese just don’t want to dishonor their families so they are honest in a way that most large American city dwellers would find hard to understand. How refreshing! 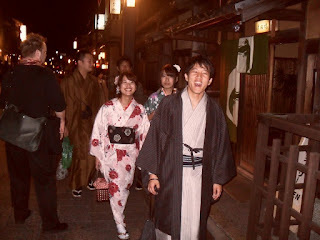 A visit to the Geisha district with a guide who is an expert on geishas was truly fascinating! Our guide was involved with a recent documentary on them so he was a positive fountain of knowledge on the subject. I think most folks consider the geisha a glorified prostitute but this could not be further from the truth. Their commitment to the lifestyle, which is to perform and entertain, is incredible. They start with 5 year contracts to live and study in the boarding schools and take years to perfect their art. This is more of a life’s calling than anything else. We were able to catch them going off to entertain clients for the evening. They command about $1,000 each per night but no group function would be complete without adding this element. Many of the geishas are wearing from $30-100k worth of garb when they fully dress up. Talk about nerve wracking! 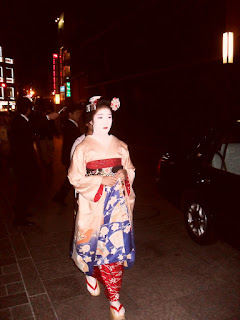 Geisha, presumably on her way to a job.

A bullet train back to Narita airport with one switch and we were back on a flight headed for home. I once again had to deal with the lousy "economy comfort" – Delta, you can’t get those planes redone fast enough!

A couple of takeaways - Asians sure like their 7 star toilets! Even the most modest of places have the built in bidets and the heated seats. If you have a plumbing supply group, they are good candidates for an incentive trip to Asia!

It is a long trip so be sure to think about your group and plan to stay at least a week – it take you that long to adjust to the time difference. But in the end, the experience is well worth the trek.