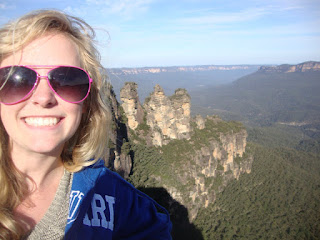 This is the first in a series of blogs from our intern Kali who is a student at UW-Madison. She has been studying abroad during the spring semester on the eastern coast of Australia and has composed several blogs about her experiences there. We will be posting many of them over the next few weeks...


Week One (end of February)

My first thought as I walked outside of the Sydney airport, was “Holy crap this is beautiful, and where are my shorts; it is hot!” The culture shock hadn’t hit me yet, instead I was gawking at how green and sunny the area was. The suburbs of Sydney, unlike what I am used to in the States, are completely green and flowing with plant life and trees. Not to mention the numerous exotic looking birds you see sitting on porches and hanging out in yards and trees. 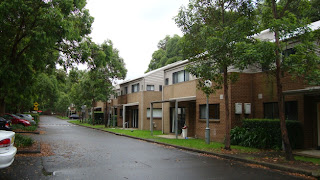 On my way to my apartment in Marsfield; a suburb of Sydney, I attempted to become accustomed to the rules of the road. The driver is on the right side of the car and drives on the left side of the road. These were both opposite of the way I am used to driving in America, and I was relieved to know I wouldn’t have to attempt to drive while visiting Australia. Trains and buses run all around Sydney and other areas of Australia, and there is a great transportation system right outside of Macquarie University where I would be studying.

Another thing I noticed right away is that there is a huge Asian influence on Australian culture. Asian cuisine can be found in numerous parts of Sydney and many citizens of Asia come to Australia to study or live in the area. I have yet to check out the different cuisines native to Australia, however I have seen a few interesting foods around campus. Aussies eat kangaroo meat, which I will try when I get the chance. Another is vegemite, which was given to a couple of volunteers at the international students’ orientation to eat as a challenge. It is spread onto bread and by the look on their faces it is a taste that only the Aussies have acquired a liking to. 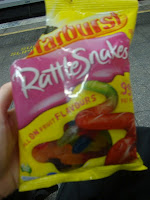 There are so many differences I have noticed within the first week of living in Australia, most being Australian slang and the different names they call things similar to those in America. For example in America we have the Rice Krispies cereal, which is called Rice Bubblers in Australia. Also our trunk of a car is called a boot, our hood called a bonnet, and many more differences in the names of things. I have had to ask the Aussies questions about what they are referring to numerous times, and they are constantly correcting my use of the language. The citizens of Australia also abbreviate as many words as possible, such as calling the university the “uni”. They do not however say “croike” or “shrimp on the barbe”, sorry Steve Irwin fans.

There is so much that I have learned already in my first week here, and I have much more to check out in Sydney, such as the city, beaches, mountains, and cuisine. Life as an Australian citizen is so far heaps of fun (another common Australian saying!) and a one of a kind experience. 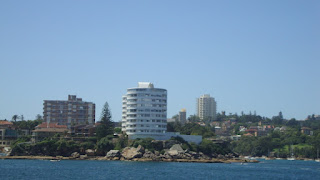